Actions for Freedom This Week

Another big week coming up folks.

Saturday October 1st will be the usual at Government House intersection from Noon.

Next Sunday, October 2nd, SITP will be held at Moseley Sq, Glenelg from 10am. THIS is why we Rally 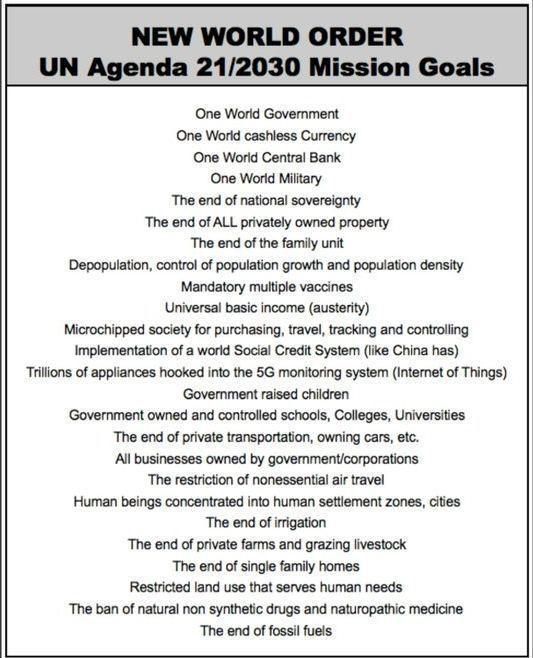 RE-GEN talk to the ABS stats for all cause mortality which are up 16.6% from the historic average. This is why we want to see absolutely everyone on Saturday with placards and drums and voices! Let’s make this the biggest demonstration ever! 16.6% will barely compare to the havoc coming our way with bivalent boosters earmarked for the captive elderly and mandated workers! Subscribe to receive emails and keep up to date with rolling actions. 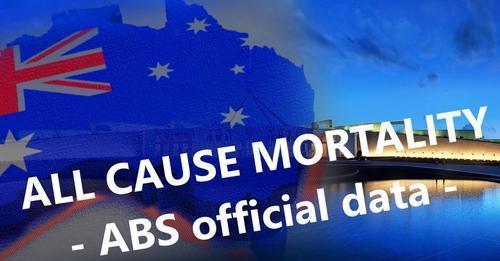 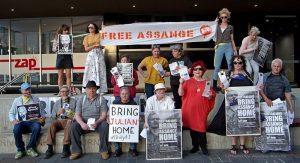 An action-orientated group always open to working with any and all groups on any projects and campaigns. The more we unite, the stronger we are! 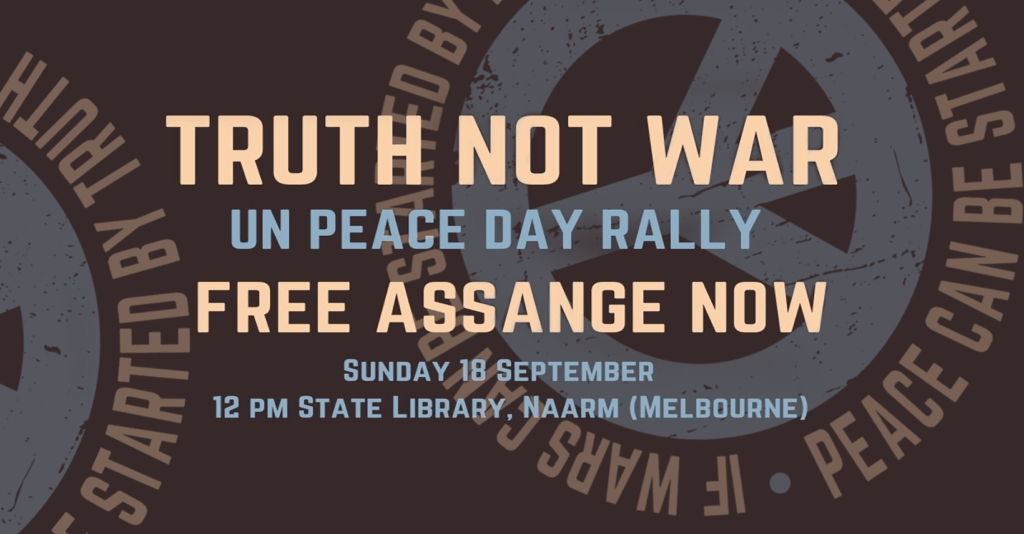 It is lies that start wars and have brought the world to the brink of climate devastation.

It is truth, and acting on truth, that can save us.

Our theme for this UN Peace Day rally is Truth Not War. We plan for it to be a broad based, inclusive, colourful and peaceful rally with speeches and music that celebrate Melbourne’s longstanding tradition of rallying for Peace, opposing nuclear weapons and arms buildup, respecting and protecting our environment and showing resolve in protecting peacemakers like WikiLeaks publisher Julian Assange.

Through Wikileaks, Assange alerted the world to what is evidence of US war crimes in Iraq and Afghanistan.
Wikileaks also exposed corruption in the global climate agenda. This from the Guardian: “Hidden behind the save-the-world rhetoric of the global climate change negotiations lies the mucky realpolitik: money and threats buy political support; spying and cyberwarfare are used to seek out leverage.”
Furthermore, Australia’s role in AUKUS and acquisition of nuclear submarines are a threat to peace and the environment.
#JournalismIsNotACrime
The extradition of Assange to face allegations of espionage would set a dangerous precedent for press freedom. Publishing information that is in the public interest is a cornerstone of media freedom.
Join us at 12pm, at the State Library of Victoria.
Enough is enough!
Hosted by Melbourne 4 Assange, PEN Melbourne, Anti AUKUS Vic, Extinction Rebellion Vic and Aus
Urge the government to actively call on their counterparts in the UK and US for the extradition order and charges to be dropped NOW.
Please, WRITE to your local MP and demand action for Julian Assange:
Call on them to advocate for Australian citizen Julian Assange, to protect his welfare and his human rights.
Thank them if they have joined the Parliamentary Friendship Group and implore them to join if they are yet to do so.
Go to this page for information:
https://www.assangecampaign.org.au/contact-your…/
www.assangecampaign.org.au

A letter from Alex Antic. One of the very few senators speaking out… Respect! 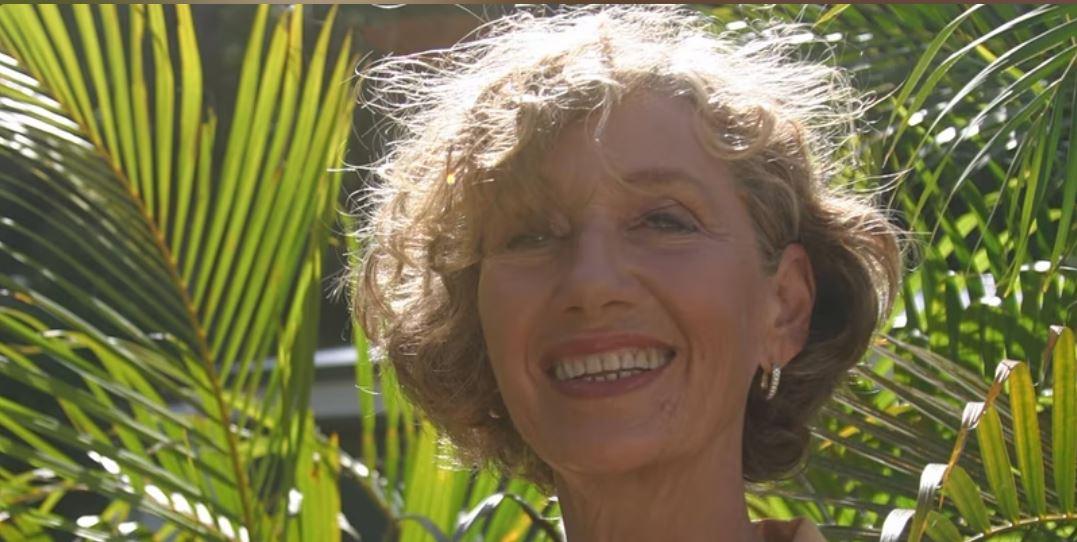 Professor Robyn Cosford has an Honours degree in Medicine and a life membership of the Australasian College of Nutritional and Environmental Medicine and the Australian Society of Lifestyle Medicine.

Professor Cosford is just back from presenting at 2nd World Covid-19 Congress -Iguazu Falls, Brazil and agreed to fly home to Australia via Adelaide
The live stream of the World Congress can be found here – https://brightlightnews.com/livestream-world-covid-19…/
Professor Robyn Cosford has an Honours degree in Medicine and a life membership of the Australasian College of Nutritional and Environmental Medicine (ACNEM) and the Australian Society of Lifestyle Medicine.
She is an integrative medical doctor and world-renowned speaker who regularly presents at conferences worldwide. She has written numerous peer-reviewed articles for medical journals and has regularly spoken out about current medical practices in Australia.
Professor Cosford is also a naturopath and homeopath of over 35 years and as a mother of five children is passionate about the health of children, families, and interpersonal relationships.
It is for these reasons that she chose to surrender her medical license in January 2022, so that she could speak openly about the current controls and restrictions placed on medical and healthcare practitioners in Australia. These progressive changes have threatened the health and wellness of children and adults alike.
Brought to you by Tim Jaeger, journalist and presenter with independent news networks AFIPN (print) and AINN (video and streaming).
Filmed 12 July 2022, Adelaide, South Australia
Your support helps us provide more content for your viewing.
We are 100% independent so please help fund our work by donating via direct transfer or via PayPal – links below
Account Name: Australian Free Independent Press Network
BSB: 062 692
Account Number: 4776 0636
or via
PayPal – https://www.paypal.com/donate 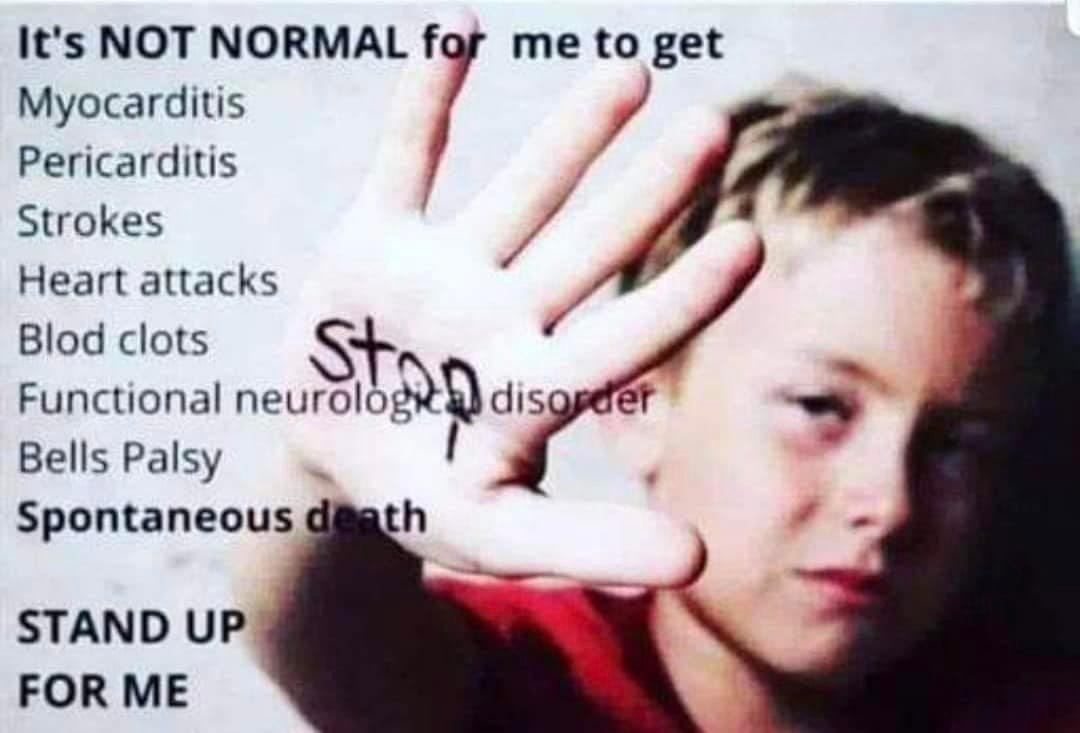 The latest flyer for letterbox distribution

This flyer has been produced to help raise the awareness of the dangers of the Covid vaccine. We must stop this genocide.

To view the flyer in full please download the PDF’s below.

These can be printed out for distribution in your local area.

Your efforts are appreciated – remember every little bit helps. Save the children!

Download the flyer front page by clicking on the button below

Download the flyer back page by clicking on the button below 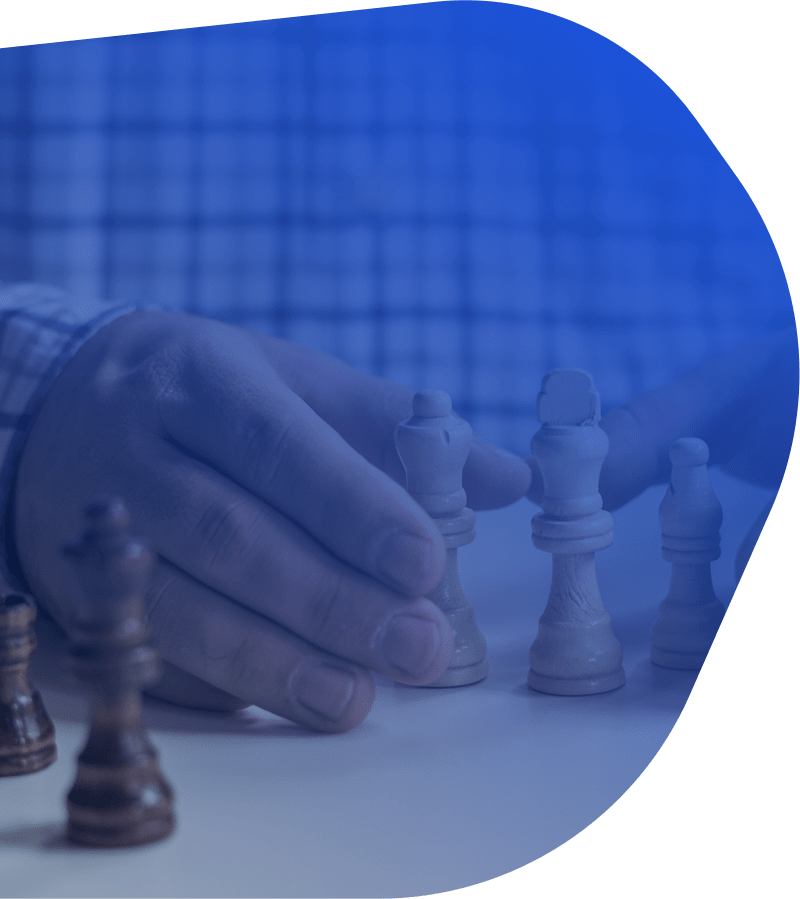 Big Pharma, big media, big tech, big government all working together to strip away civil liberties and crush the spirits of freedom loving South Australians… seems like an unfair game, doesn’t it?

The dark forces have bribed, threatened and coerced you. Taken away your income, caused family divisions and mental trauma.

Fear not friends, no matter how dark it may appear we have a piece on the board that cannot be beaten and once played the nightmare ends.

That piece is called the TRUTH and as the saying goes “the truth shall set you free”. It’s only a matter of time.

Contact Adelaide Freedom Rally today if you are ready to take a stand for truth! 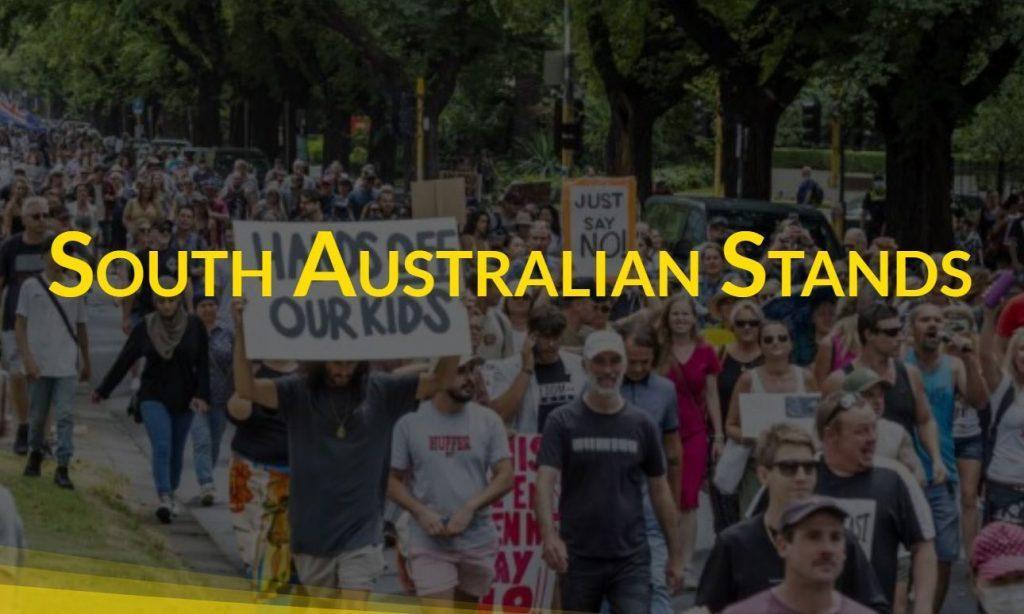 Register a New Stand In The Park

STANDS IN THE PARK.

Join us for dinner Friday nights at Plant 4 in Bowden.

Lots of eateries open and space to connect.

Lots of parking off second street in an unused lot.

We are usually located upstairs near the bar and balcony. 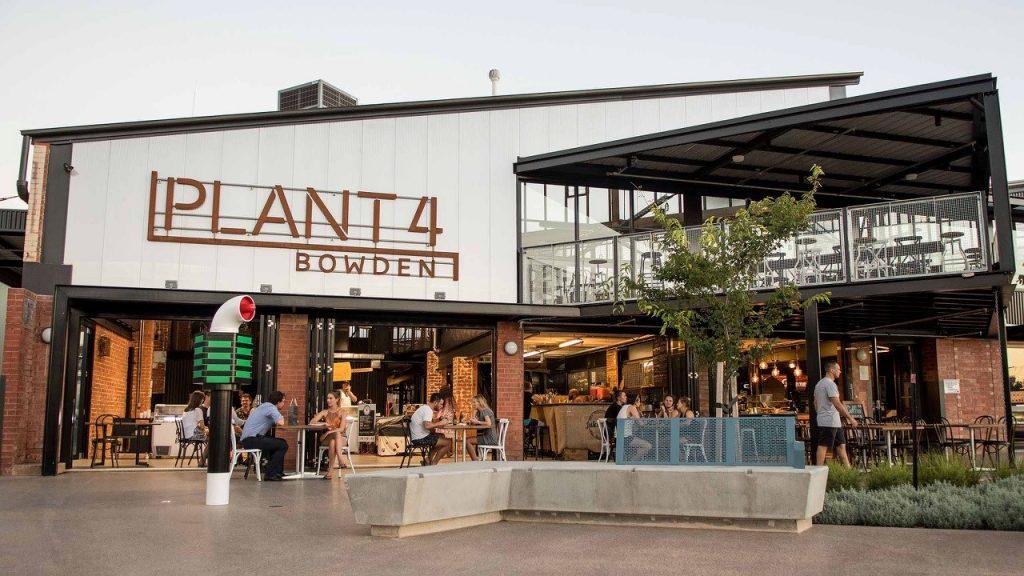 At a Glance. Why we Do What We Do.

Adelaide Freedom Rally is a community of people seeking Common Sense, Reason and Respect in a time when questioning the narrative and science is censored.

We are dedicated to preserving the Freedom of all Australians by advocating for policy changes and action at the Federal, State, and Local level.

We currently have FOUR main objectives.

4. Full Refund of All Coronavirus Fines.

What Can I Do To Help? 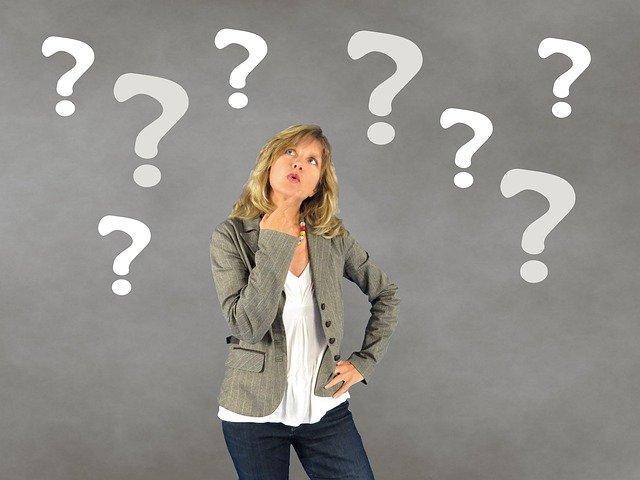 Probably the question we get asked the most is “What can I do to help?”  Here are some suggestions. For more ideas on how you can play your part contact us. 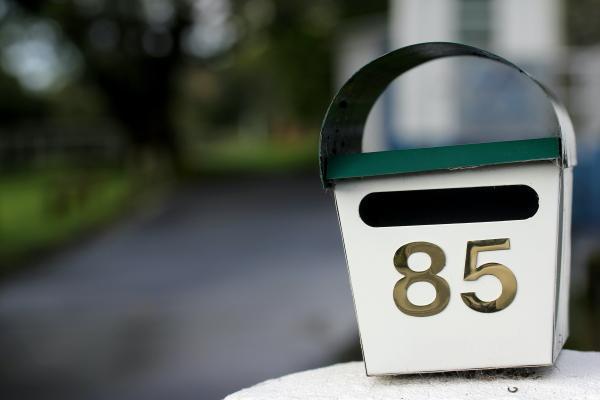 A traditional way of ‘getting the message out’ letterbox drops are important to what we do. If you want to keep fit and further the cause of freedom, click the button below.

Signs Down The Street 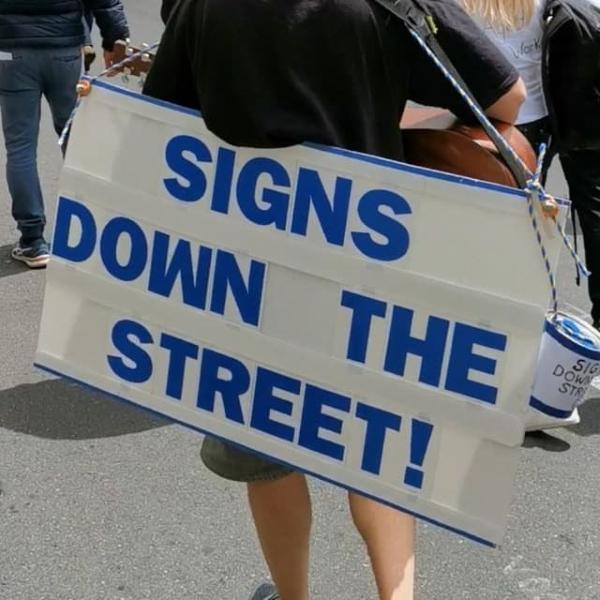 Probably by now you have seen our eye catching signs down the street displaying important messages to passers by. We have SDTS groups in many location. Why not get involved in this innovative marketing initiative. Quick personal story. Early on when the tyranny started I felt a bit like I was the only one that ‘got it’ and did not have anyone to talk things over with. Today it’s totally different I have met so many wonderful people and developed great friendships. How ?? Meetup groups – highly recommended Just to be clear, you don’t need to be an expert wordsmith, all you need to be able to do is write from the heart. All of us can do this and take the time to write to politicians, doctors, teachers your local council etc and let them know what you feel. There really is power in numbers here so consider getting involved – it all helps.

Join Your Local Stand In The Park

Another freedom initiative that is taking place all over the world. People coming together for an hour or two to chat and share ideas. Stand in the park groups offer great social support and anyone can start one . Get involved it’s fun. 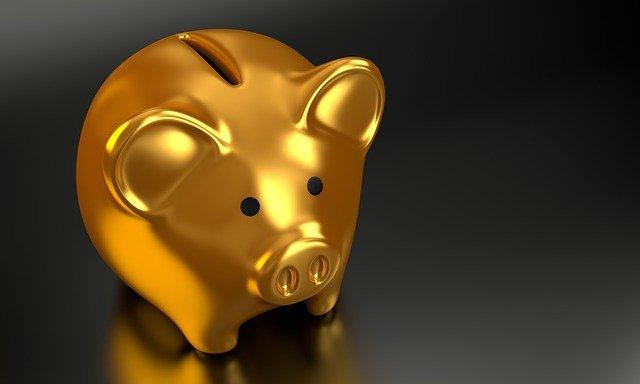 Everyone that I know in this freedom movement and others around South Australia vounteer their time, expertise and resources for free. Everyting is either self funded or funded by kind contributions from our community. So if you can help us by making a contribution that would be greatly appreciated. No donation to small.

To be part of our volunteer movement. Click the link below

Children and The Vaccine 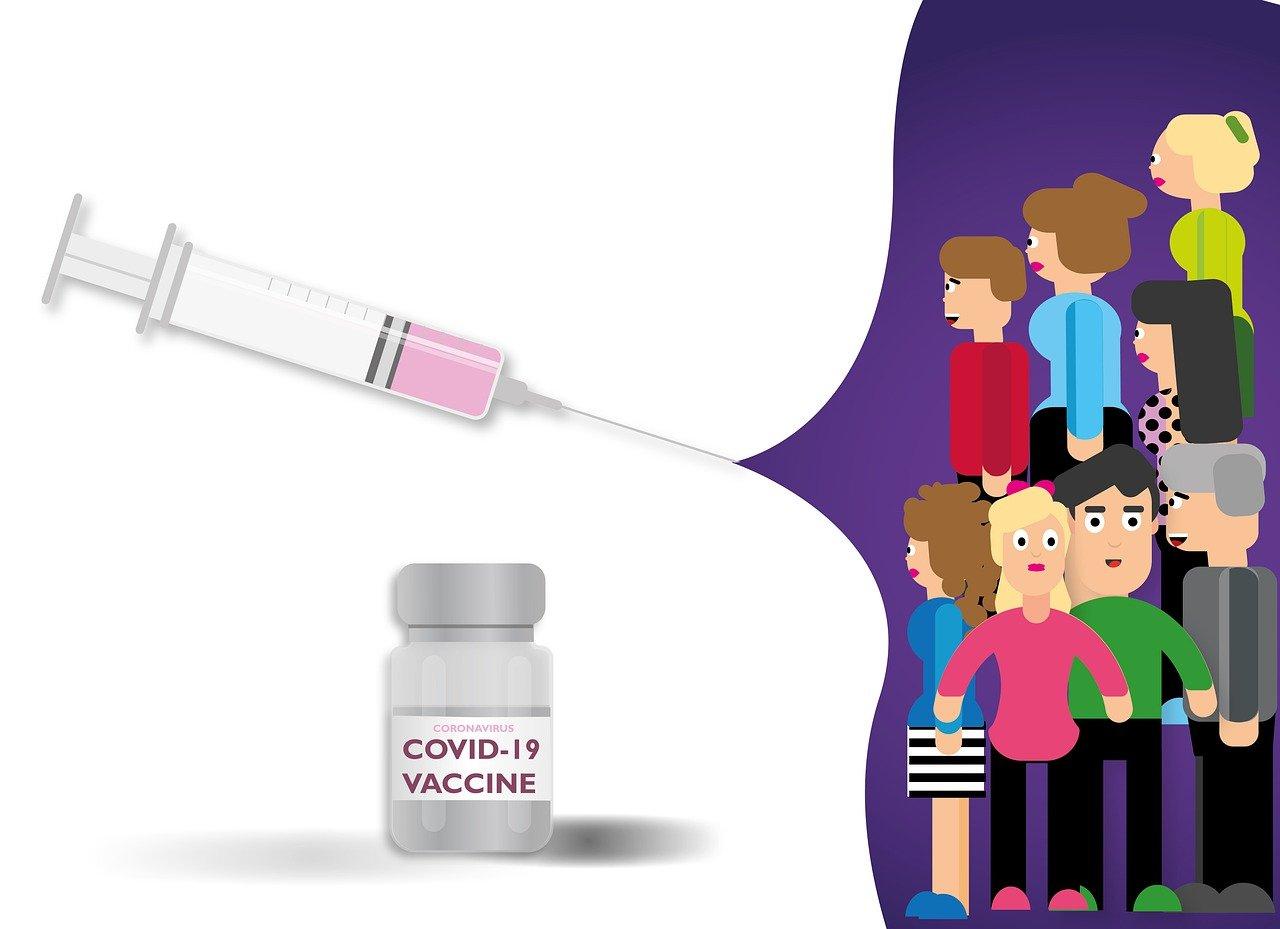 My fellow South Australians and indeed all of humanity across the world, we have a crisis on our hands equal to any experienced in all of our history.

We simply have to stand up and speak out about the evil act of injecting our children, our future, with an experimental medical procedure.

We ask you to click the button below and download the PDF, print as many copies as you can and distribute them far and wide. Do it NOW for the sake of our beautiful children.

We understand just how difficult life is for so many South Australians.

You have been bullied, coerced, threatened and in many cases have lost long time friends. Even sadder you may feel distant from your loved ones who just don’t see what is really going on.

Please know this you are not alone, there are thousands of us forming new friendships and our own communities based on respect, love and support.

Together we will make it to the other side. 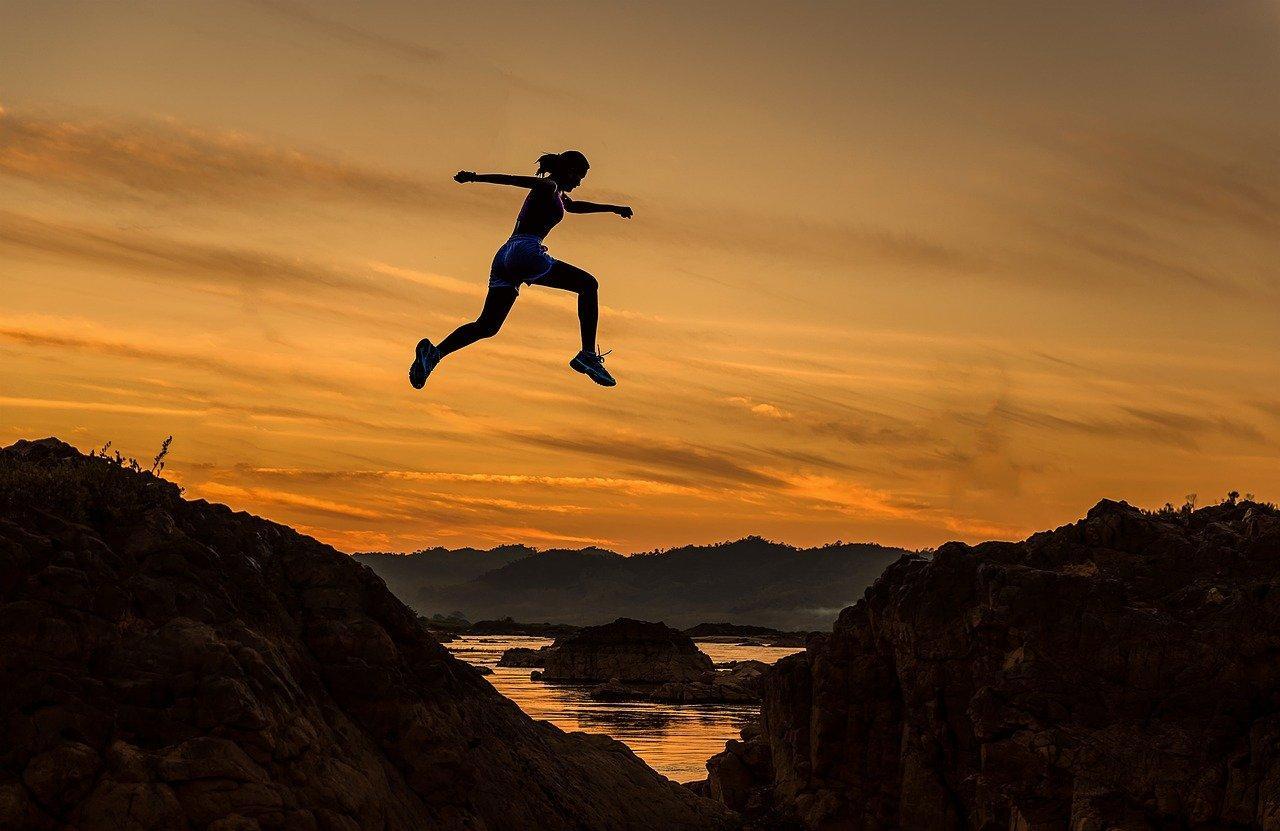 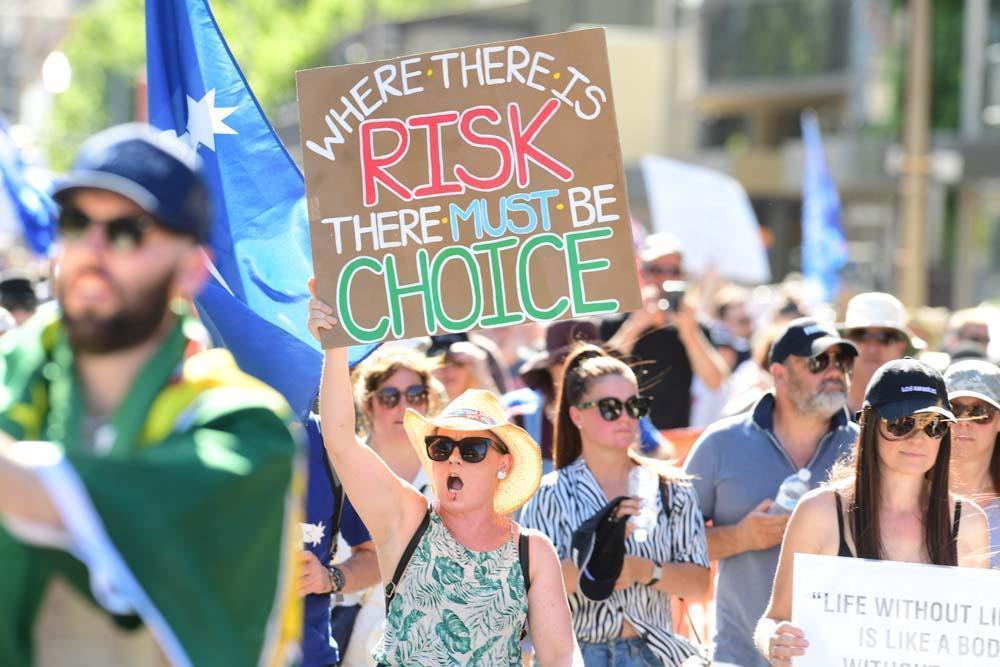 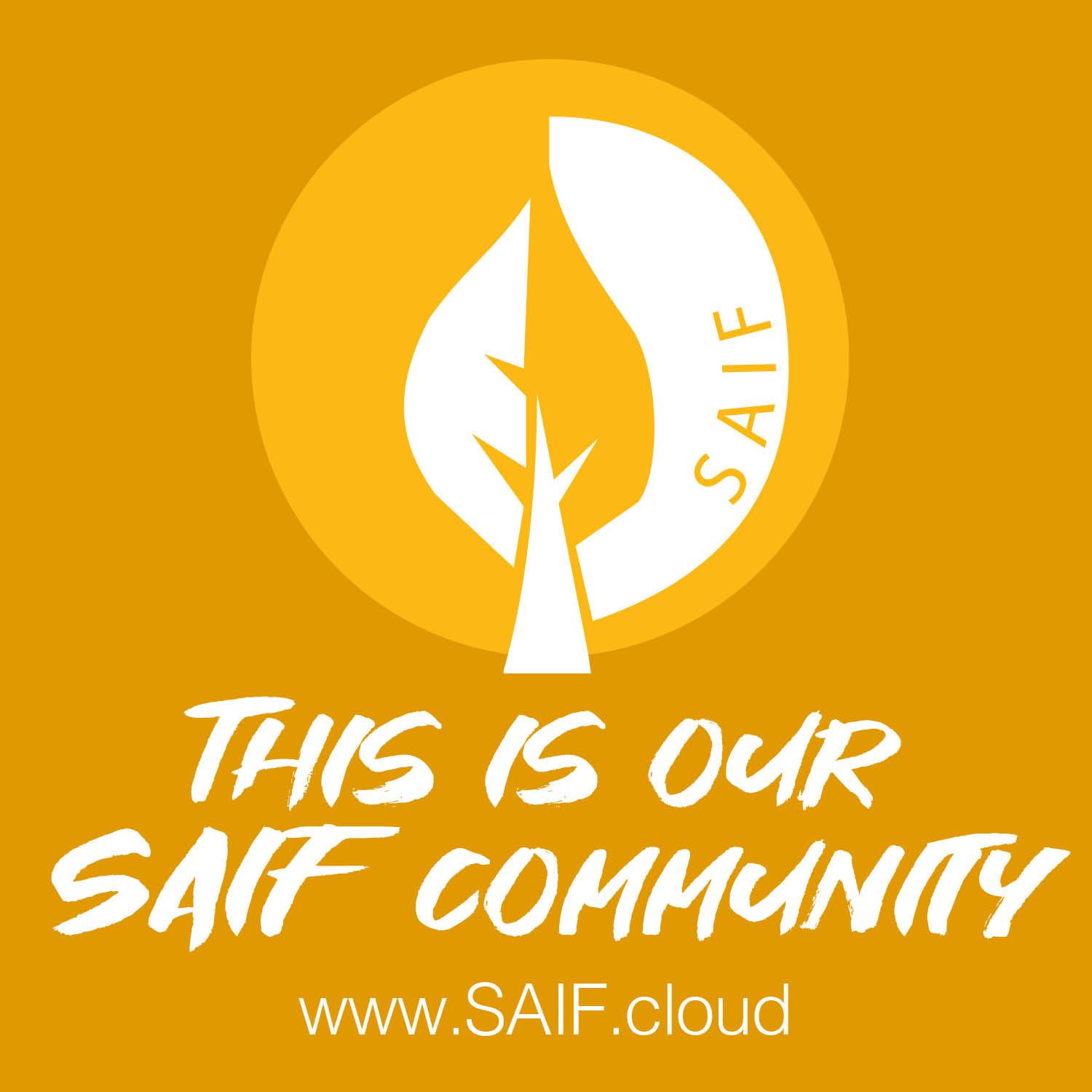 SAIF – South Australian Information for Freedom provides an extensive directory of useful and practical information with a focus on real world community solutions.

Guardians SA has it’s focus on our children and offering support and advice to parents. We recommend everyone to join their ever growing facebook group. 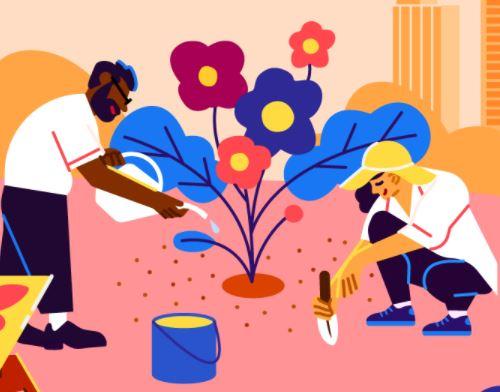 Another SA based facebook group that is active in our community. Their wide ranging initiatives include social meetups, community events and fund raising for worthy causes.

The people at truthpeep.com are true social justice warriors who look way beyond the media narrative and explore corruption and deceit hidden by the political system.

Please note. This contact form is for those wishing to know more about our events and activities, or for anyone wishing to inform us about events/activities that we can help promote. Sadly due  to a whole number of reasons we are unable to assist with personal support requests at this time.