In response to the Prime Ministers' Mandatory Jabs announcement for aged care workers (and soon to be everyone), a pop-up protest was organised for Tuesday 29th June 2021 in front of SA Health in Adelaide. 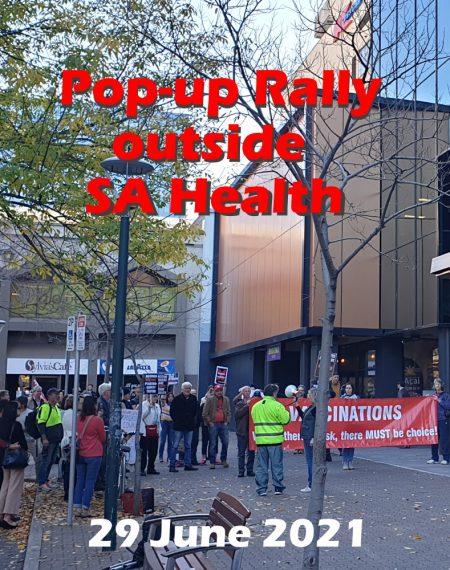 In response to the Prime Ministers’ Mandatory Jabs announcement for aged care workers, and soon to be everyone, a pop-up protest was organised immediately, and took place in front of SA Health in Adelaide.

COVID-19 jabs will be compulsory for aged care and quarantine workers and doctors will be allowed to give the AstraZeneca shot to under-60s as governments seek to revive Australia’s COVID-19 vaccine rollout.  And soon they’ll be coming for you too.

Prime Minister Scott Morrison met with state and territory leaders for a virtual national cabinet meeting on Monday 28th June, as the proportion of fully vaccinated Australians stood at just under five per cent.  A flip-flop from earlier in the month.

Until now the advice from medical experts has been not to force workers to be vaccinated.

But Morrison said that advice had changed and state public health orders and Commonwealth measures would be used to enforce the new rules, with the aim of completing the task by mid-September.

“This has been a difficult group to get vaccinated (but) … I’m pleased we have finally got here tonight,” he said.

The survival rate with this virus is 99.7%, those with comorbidities are at greatest risk.  Natural immunity to SARS has been demonstrated to have cross-reactivity to SARS-CoV-2, in which SARS has a genome that is 20% different to SARS-CoV-2.

The Greek-labelled variants with the greatest variation to the original SARS-CoV-2 is at most 2% different.  Plus, infectivity does not correlate with lethality. 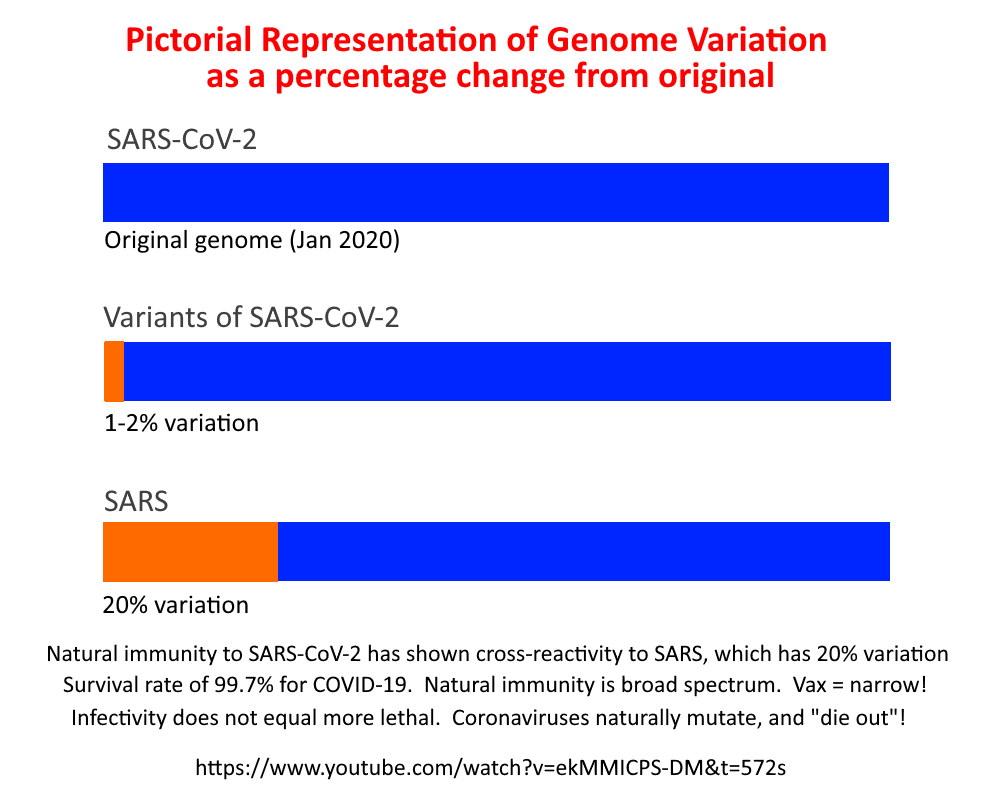 The experts outside of “public health” are alarmed that the fear keeps getting pushed with this variation.  Deaths in other countries, such as India, can be explained, and it’s not due to a variant, why is this being hidden.

Those of us who know these things are standing up for all of our rights.

Standing up in Protest against Mandated Medicine

Where there is risk, there MUST be choice. 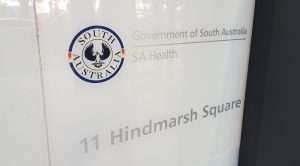