Pregnancy and The Shot 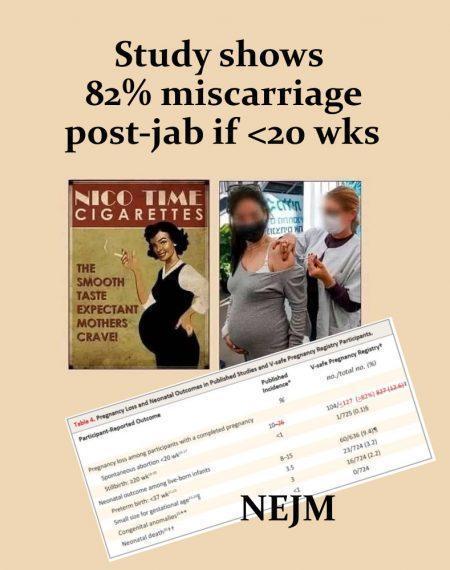 When the vaccine trials conducted in mid 2020 for the COVID jabs did not include pregnant women or those who were breastfeeding, yet right after the injections were released under Emergency Use Authorisation they were promoted as safe for pregnant women – with no data to support this claim, just “experts believe it is safe”.

Are COVID jabs safe and effective during pregnancy! 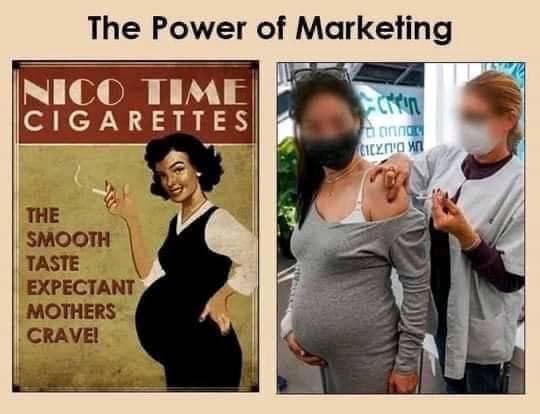 A June 2021 paper (archive) was published in the New England Journal of Medicine (NEJM) concluded that  “preliminary findings did not show obvious safety signals among pregnant persons who received mRNA Covid-19 vaccines”.

They presented their data in such a way that no difference in miscarriage rates were obvious.  This is a demonstration of how to lie with statistics.

This paper revealed that when you look at the number of “spontaneous abortions” following COVID jab and compare this to the background rate of 10-26%, they stated that 12.6% was within normal limits.  Except they calculated this incorrectly!

So their true data shows that 82% of pregnant mothers who received a COVID jab in their first 20 weeks of pregnancy, spontaneously aborted their baby.

Letter to the editor of NEJM reveals the mistake.  Archive of this below chart here

Edited: Upon revisiting this paper in September 2021 they have made the published incidence for spontaneous abortion “not applicable”.  They have also altered then number of participants in the spontaneous abortion from 1 & 2 trimester from 127 to who knows!  The numbers don’t make sense.

It appears they have purposely made the data hard to interpret.

This is explained in The Highwire episode:

Is there an explanation for miscarriage?

Just a quick summary for now: